In September, 2000, Williams College celebrated the completion of its $47 million Unified Science Center project. This project included constructing a new building, the Morley Scientific Laboratory, and extensively renovating four existing buildings, including two buildings that house the Department of Physics. The end result is that all of these buildings are connected together in a state-of-the-art interdisciplinary science facility. 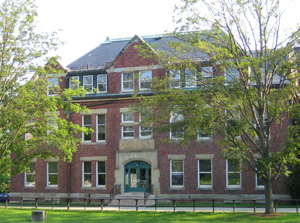 Thompson Physical Laboratory serves as the headquarters for both the Department of Physics and the Department of Astronomy. The original portion of the building was constructed in 1891. At that time it was considered so remarkable that the first volume of Physical Review included a lengthy description of the building. It was enlarged in 1951, renovated during the 1985-86 year, and renovated more thoroughly in 2000. Nowadays it contains classrooms, teaching laboratories, a student common room, and faculty offices. The laboratories are well-equipped with modern scientific instruments and computers. On the roof the Department of Astronomy has its observing facilities, featuring a 24″ telescope. 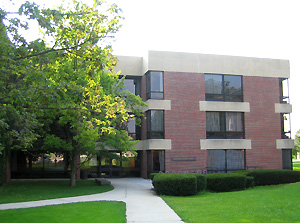 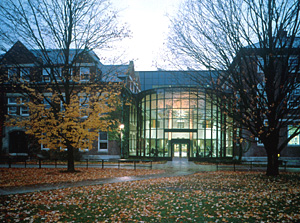 Morley Scientific Laboratory connects the Thompson Physical Laboratory and the Bronfman Science Center with the buildings housing the Department of Chemistry and the Department of Biology. It houses chemistry and biology laboratories, as well as the Schow Science Library. In 1999 the Physics and Astronomy collection, containing approximately 4,500 volumes and 51 continuing professional journals from many countries, moved into this new library, where it joined the library collections of the other science departments.