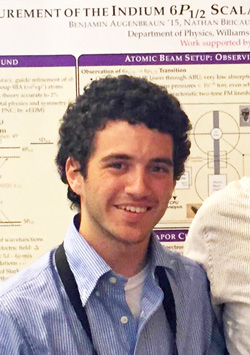 The American Physical Society selected Ben Augenbraun ’15 as winner of the 2015 LeRoy Apker Award. This national award is the highest honor for physics research by an undergraduate student in the United States. Only two winners are chosen each year.